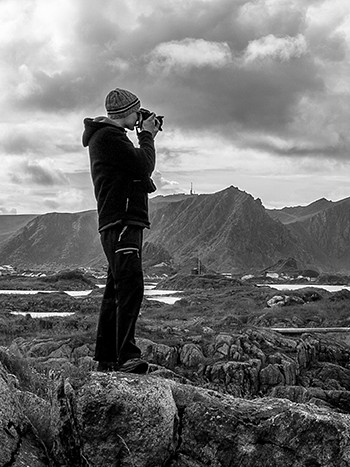 Benjamin was born in southwest Germany, in 1982. Having grown up next to the Palatinate Forest, his love for the outdoors was ignited.  As a child, his dream was to become a nature scientist, exploring the wonders of Africa.

While his dreams changed, Benjamin's love for the outdoors has since tremendously grown. Benjamin has always been fascinated by even the smallest wonders Mother Nature has to offer. Naturally, he was drawn to photography. It allows him to freeze time and to discover all the details in his subjects, be it a tiny butterfly or an amazing mountain range.

Benjamin started photography in 2009, when it was just a hobby. While at his best friend's home, he used a DSLR camera for the first time.  He was hooked from that moment. He bought his own camera and started to read books and tutorials to increase his knowledge of the subject matter. He spent every available minute outside honing his skills.

Benjamin loves photos that have an impact on the viewer. He uses vivid colors and sharp details to draw people into his work. He dedicates his work to conservation projects. Benjamin works to encourage people to explore the wonder and excitement of The Great Outdoors. He wants his viewers to understand that each individual must protect these great treasures of nature, for ourselves and for future generations.

Benjamin was selected as one of only two nature photographers to exhibit his work at Art Santa Fe, where he was a featured newcomer.

Benjamin lives with his wife, and their two dogs in Italy.